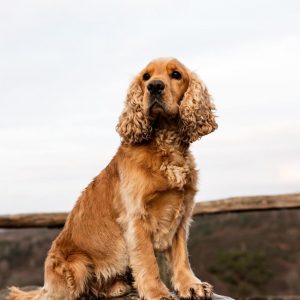 A joyful, family dog with a beautiful coat that comes in a wide variation of colours.

The beloved English Cocker Spaniel (not to be confused with the smaller American Cocker Spaniel) has a history dating all the way back to the 14th century in Spain where they were first bred to hunt game birds.

Initially there was no difference between the Cocker Spaniel and the Springer Spaniel, both were used as working dogs for hunting, however, around the 1800’s Cockers began to show their distinct features, separating them from Springers. The smaller, closer to the ground Cockers were used to capture a specific type of game bird called a Woodcock, where they get their name, and the taller Springer being used for flushing out game birds.

There are two distinct classifications of Cocker Spaniel, the worker variety with a larger build, and the show variety which has a longer, finer coats which have helped them become a household favourite in the UK.

This adorable dog breed comes in a variety of colours, with golden being the most popular in the UK, although it’s not uncommon to see the black, black and tan, grey, liver and chocolate variations of the English Cocker. 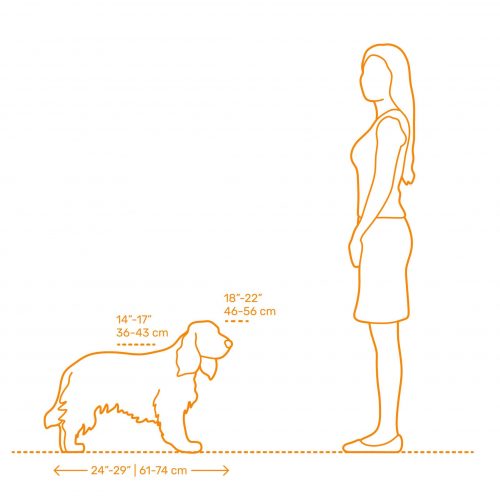 How to groom a Cocker Spaniel 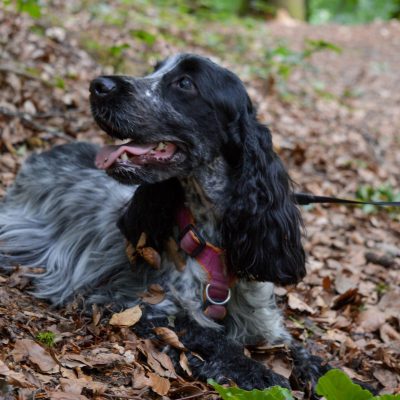 How much exercise does a Cocker Spaniel need?

What's the average lifespan of a Cocker Spaniel?

What are common health problems for Cocker Spaniels?